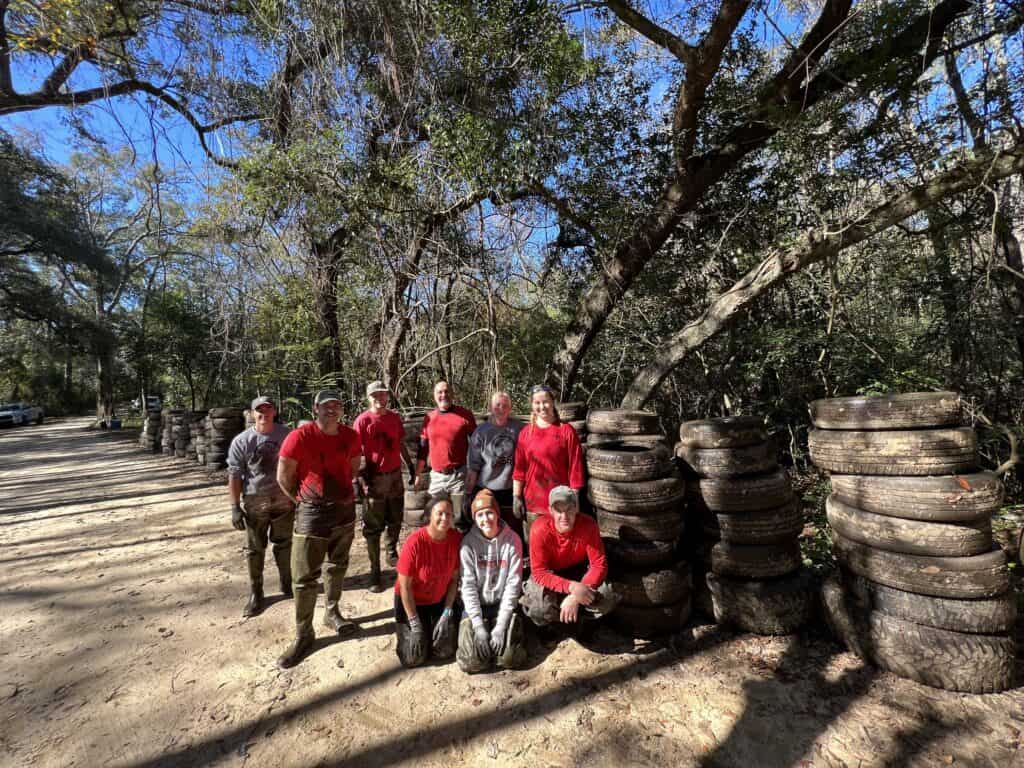 City of Mobile Mayor Sandy Stimpson recently praised the partnership between the City of Mobile and Osprey Initiative in his nightly newsletter email. 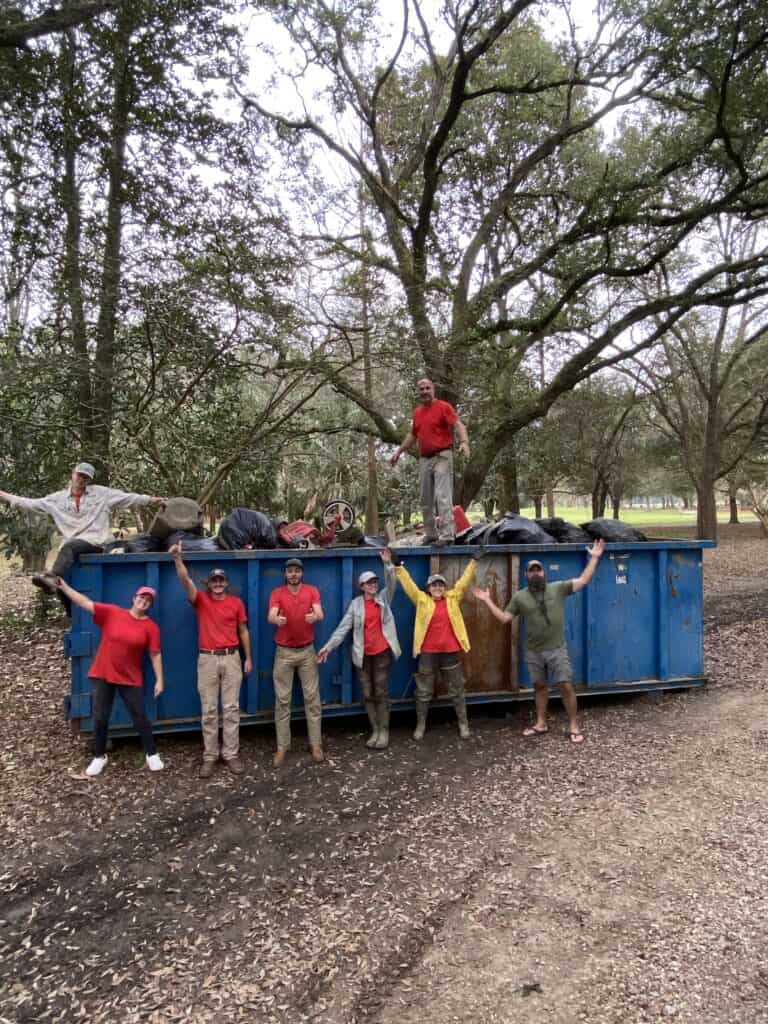 Osprey Initiative, through an EPA Trash Free Waters Program, led the cleanup at the ‘borrow pit’ at Burden Gardens. 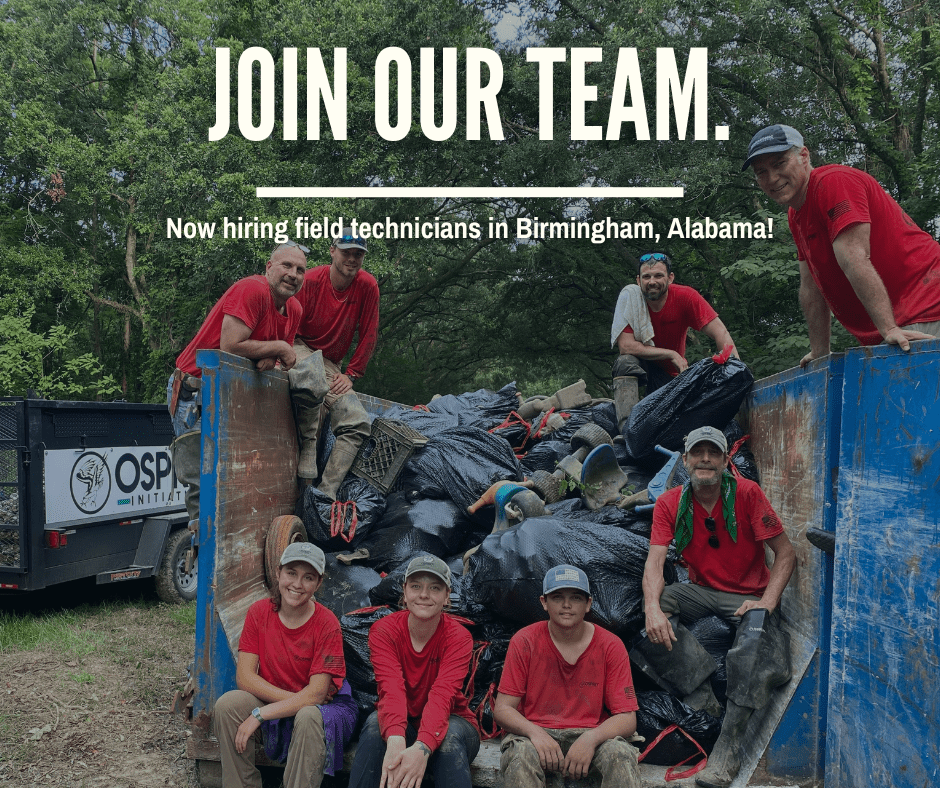 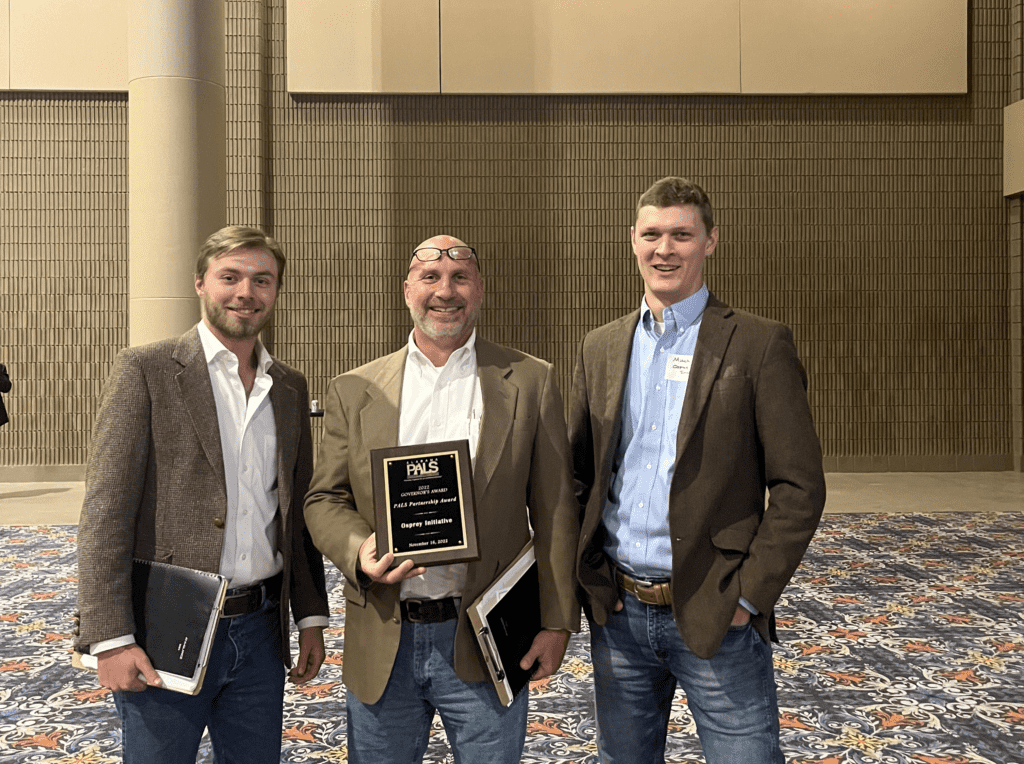 The Alabama PALS Governor’s Award Program honors the most valued volunteers and partners creating a cleaner and more beautiful Alabama. 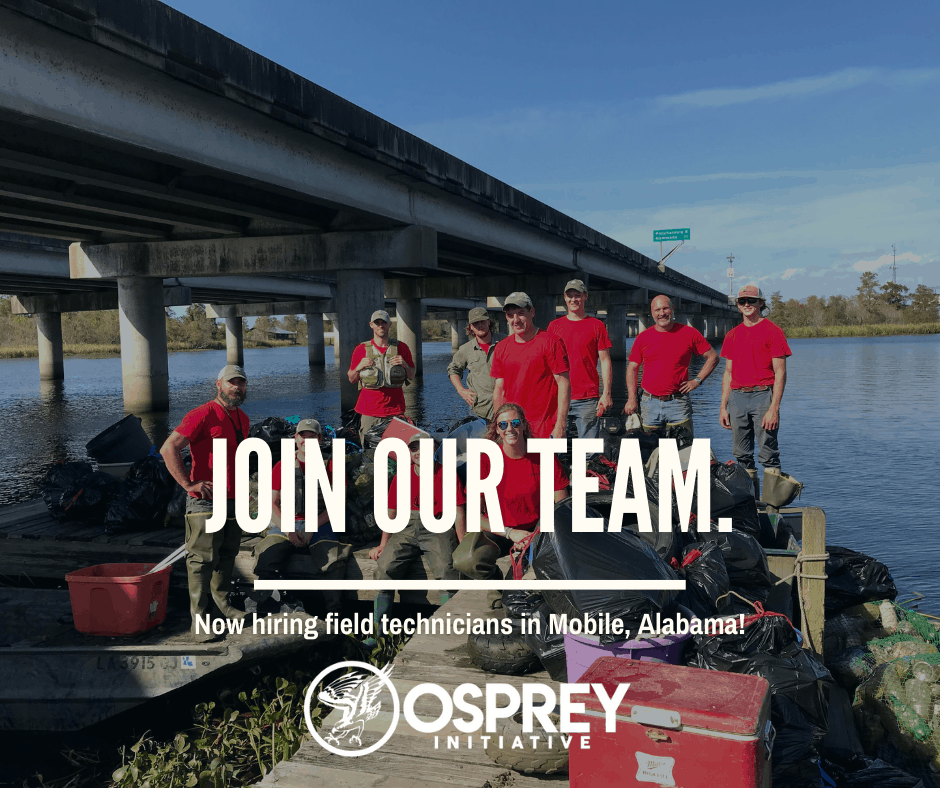 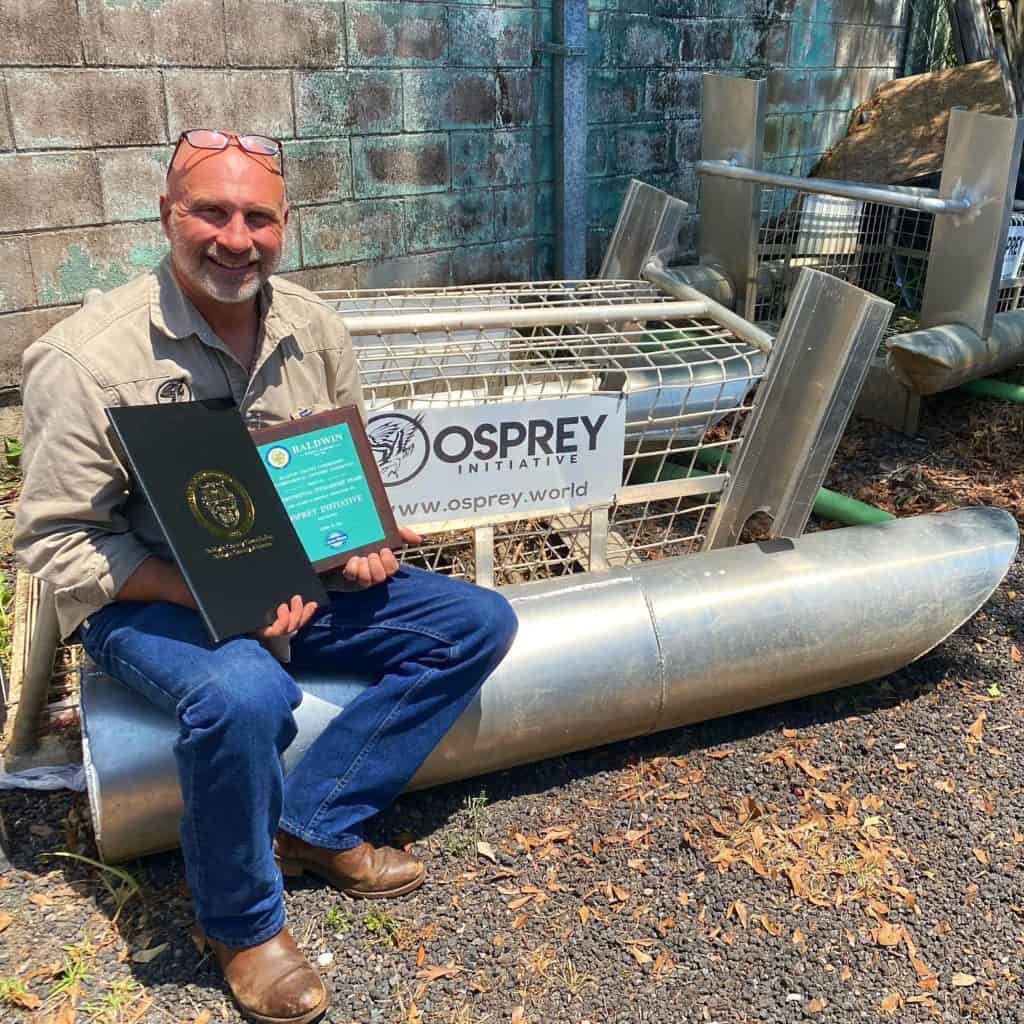 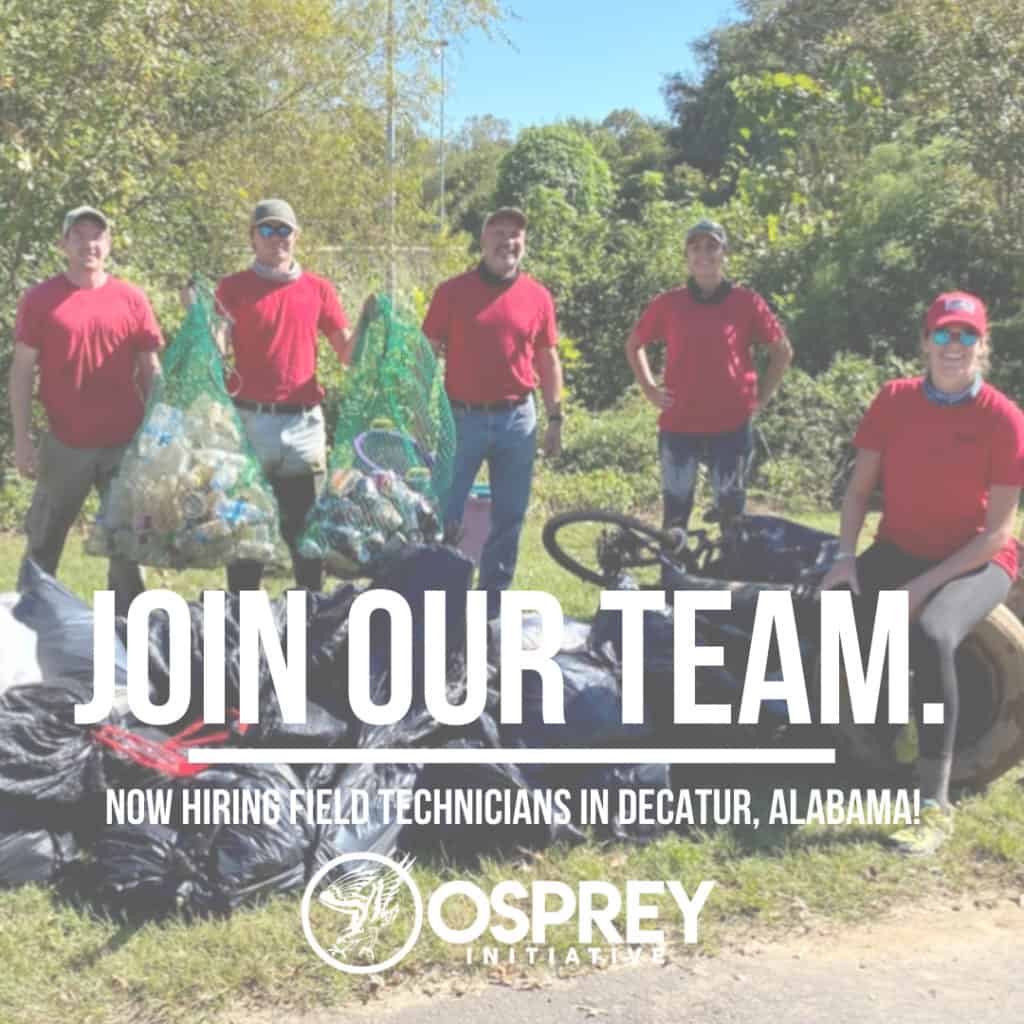 Mississippi is using BP oil spill money in a test to see whether floating trash traps placed in coastal waterways can make a big reduction in the amount of litter in the Mississippi Sound. 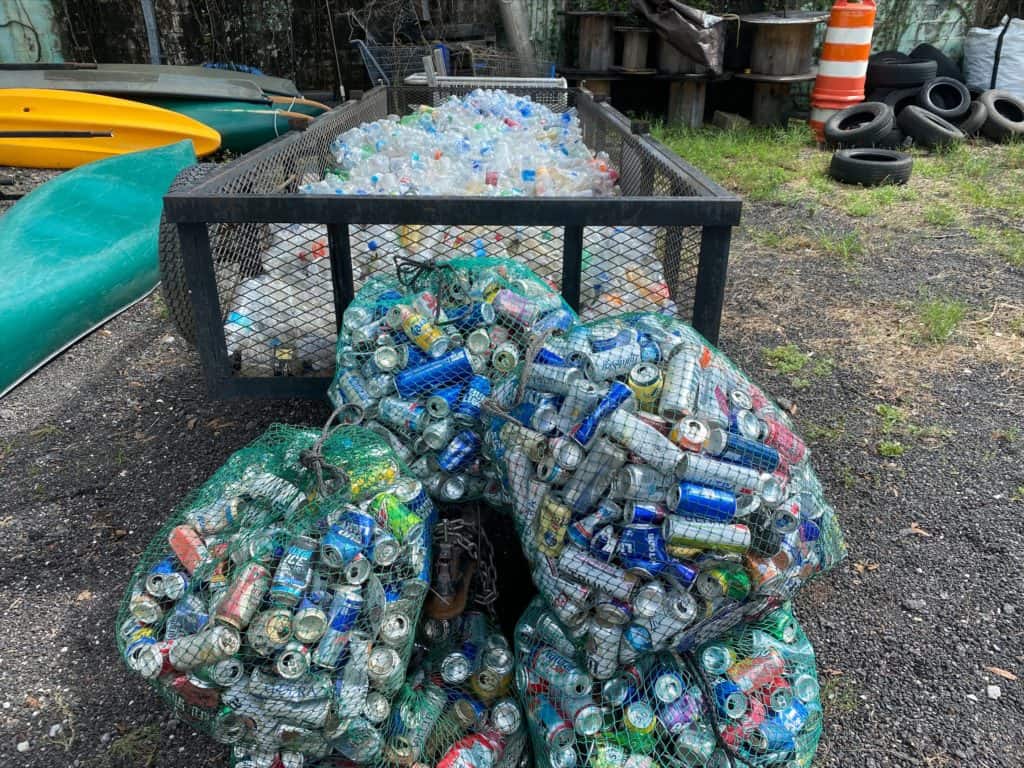 The Osprey Initiative team was proud to once again serve as the recycling partner for the 34th annual Alabama Coastal Cleanup. 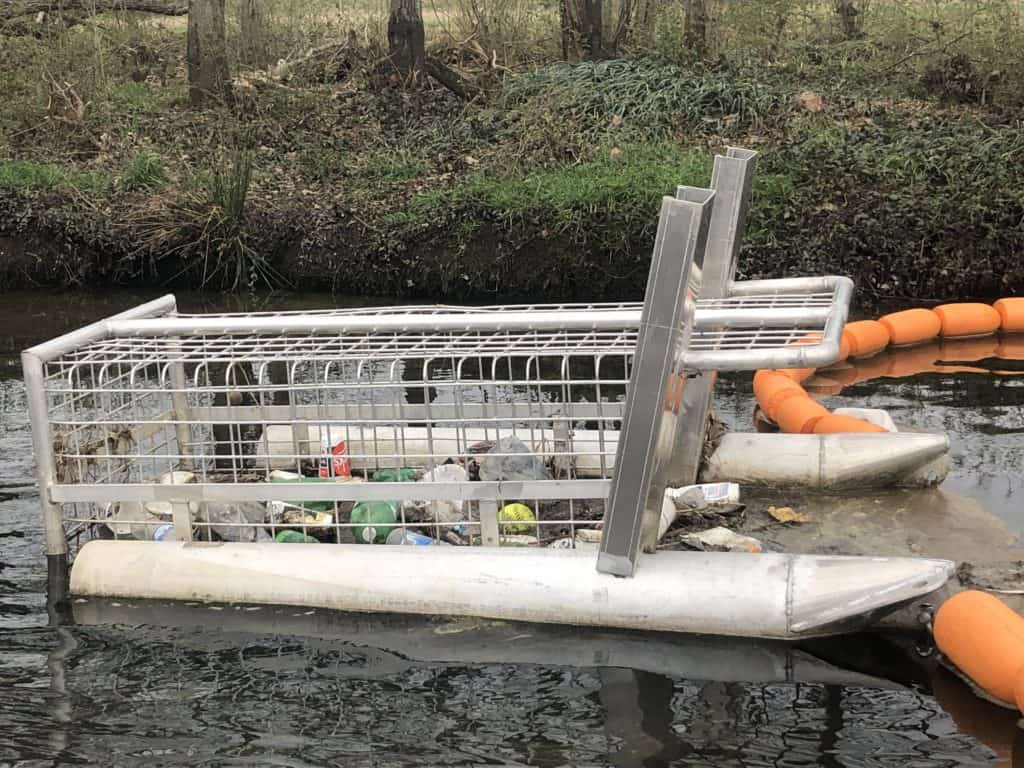 Osprey Initiative is proud to announce new Litter Gitter sites to capture floating litter in waterways. The Osprey team installed three new Litter Gitters in south Florida. These new trash traps can be found floating at Archie Creek, Clam Bayou, and 16th Avenue Canal. Each of these sites are made possible through the EPA Trash […] 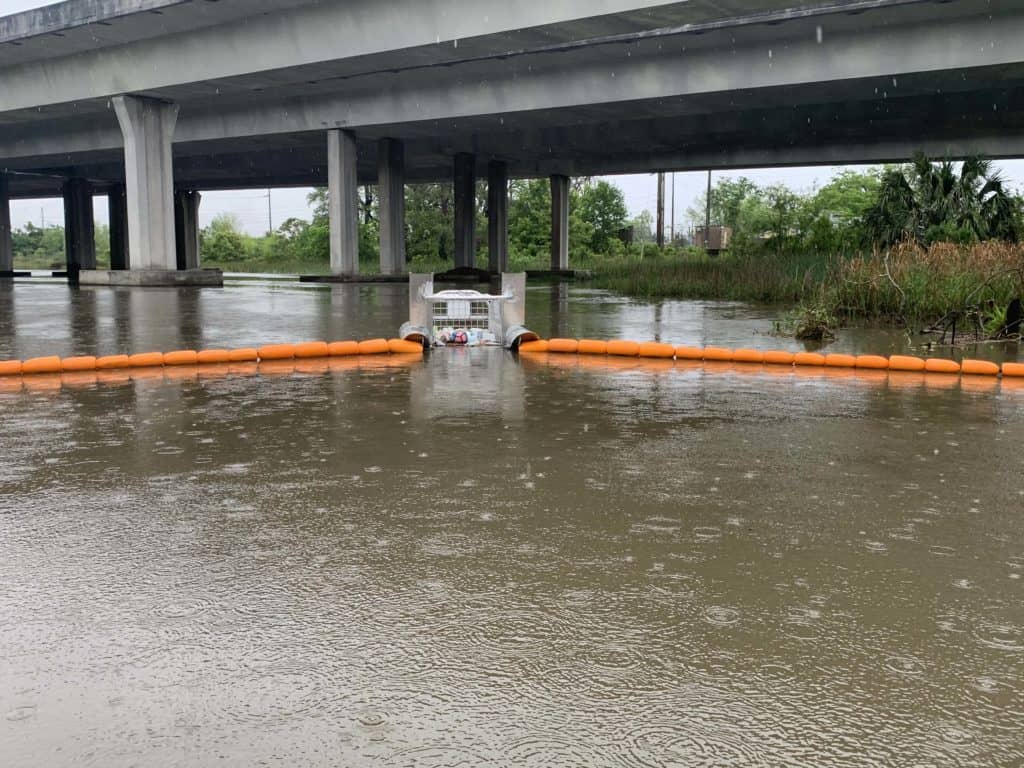 The Osprey team installed two new Litter Gitters along the Gulf Coast in Biloxi, Mississippi. The sites are Keegan Bayou and Bayou Auguste. 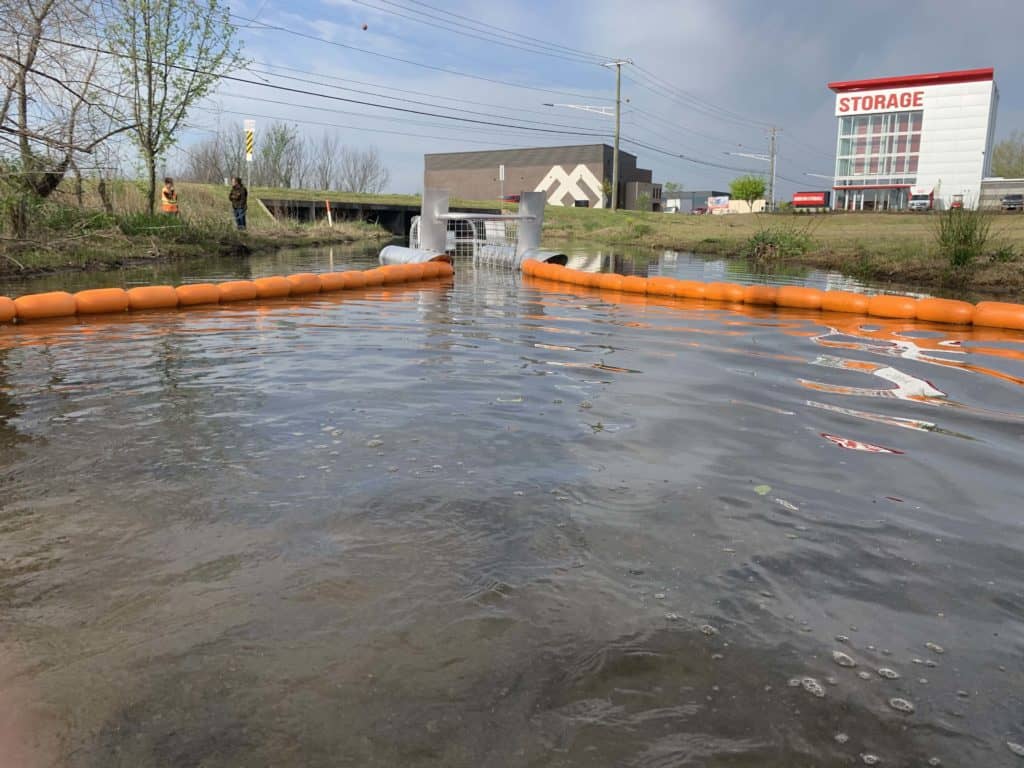 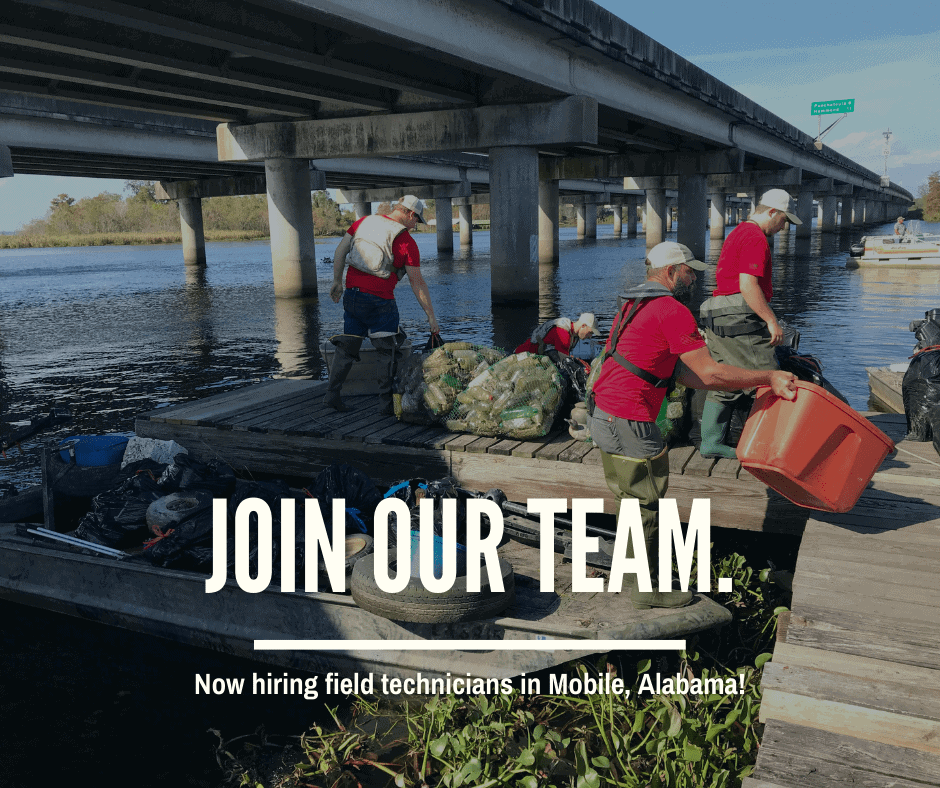 Like working outside? Passionate about your local waterways and natural places?  Want to do more to protect our natural places?  Don’t mind getting dirty? January 26, 2021 – Osprey Initiative is hiring part-time field technicians to pick up litter on land and around the water in the Mobile, Alabama area. This effort is part of […] 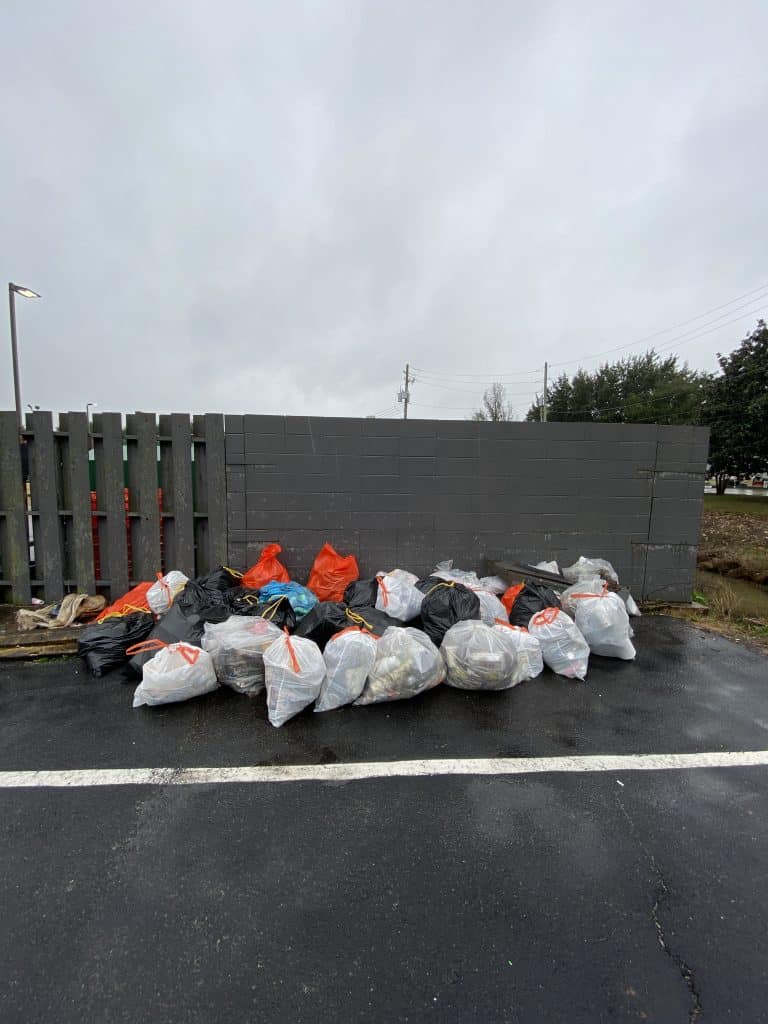 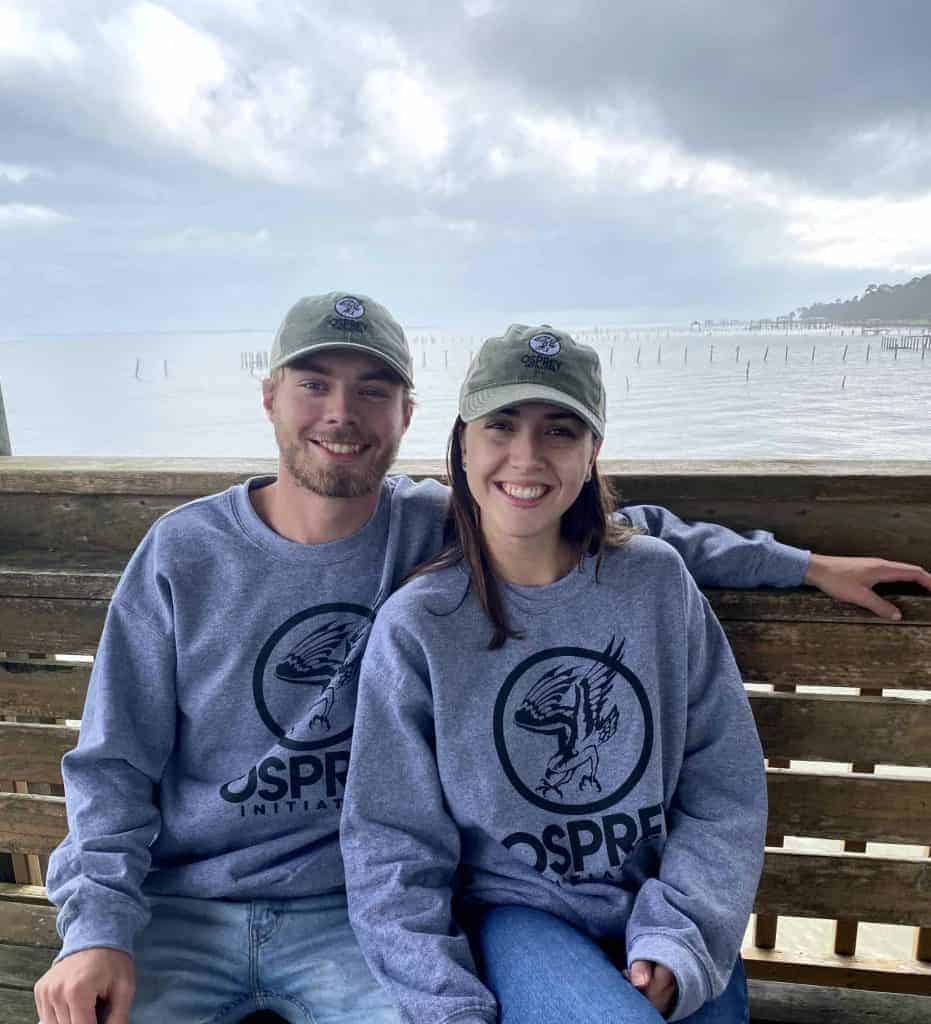 Osprey merchandise is here! We’re excited to expand the Osprey Initiative product line to now include merchandise. You can now show your support for sustainable environmental solutions – by wearing it! This new line of wearable products includes favorites like our Osprey hat, featuring the Osprey logo patch and American flag on the side. We […] 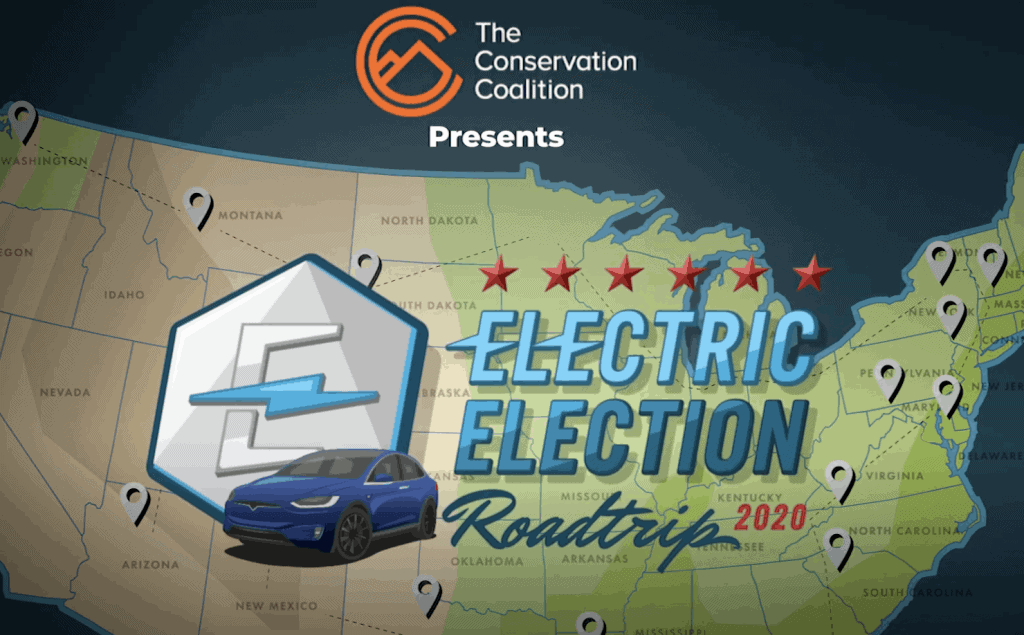 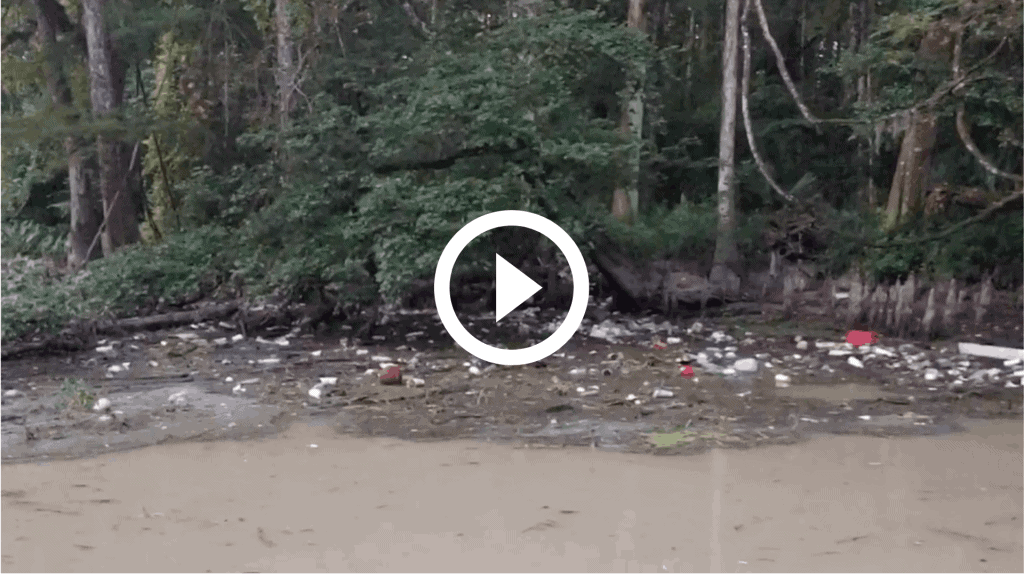 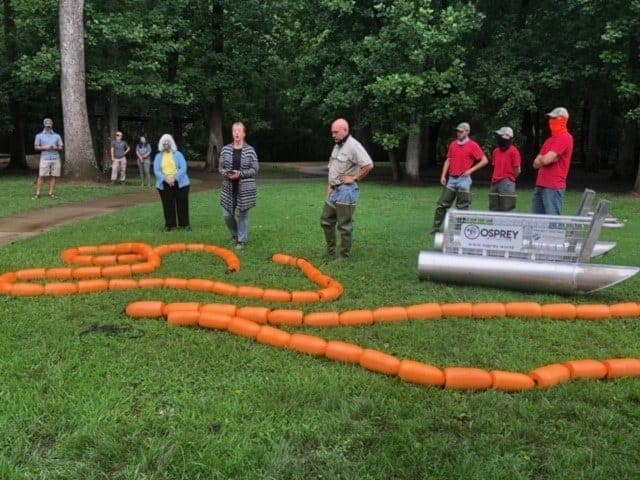 Homewood installs Litter Gitter after delay due to COVID-19 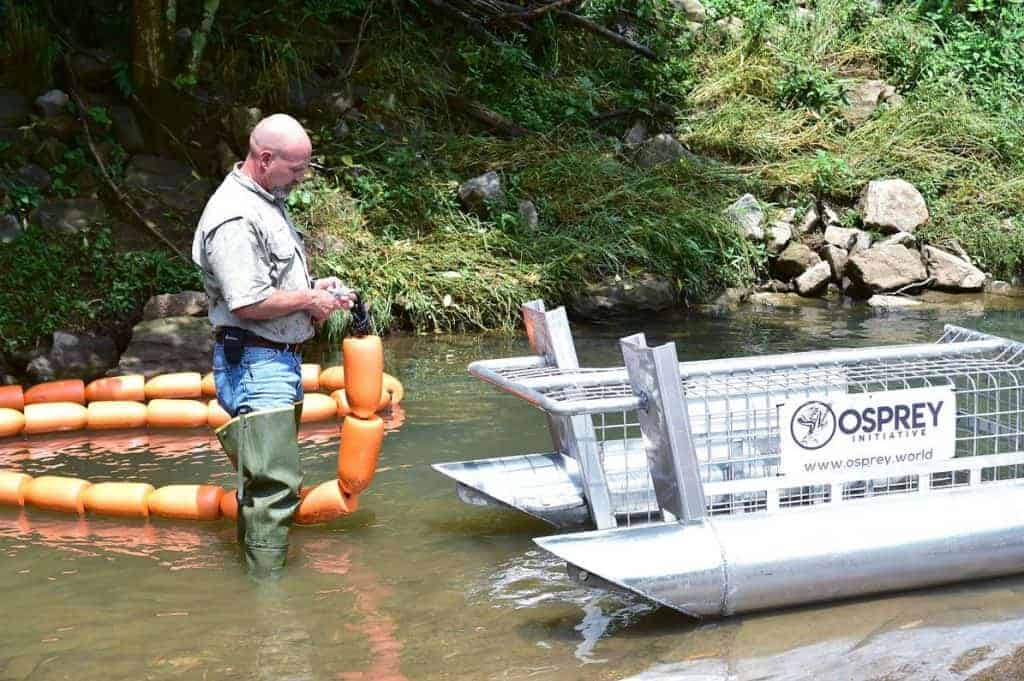 Don Bates ties a knot in the rope as he connects the line of buoys to the caged floatation device of the Litter Gitter during the installation of the device in Griffin Brook along Broadway Street in Homewood on May 27. Photo credit: Erin Nelson The first Homewood Litter Gitter was installed May 27 in […]

A new solution to litter: the Trash Stash 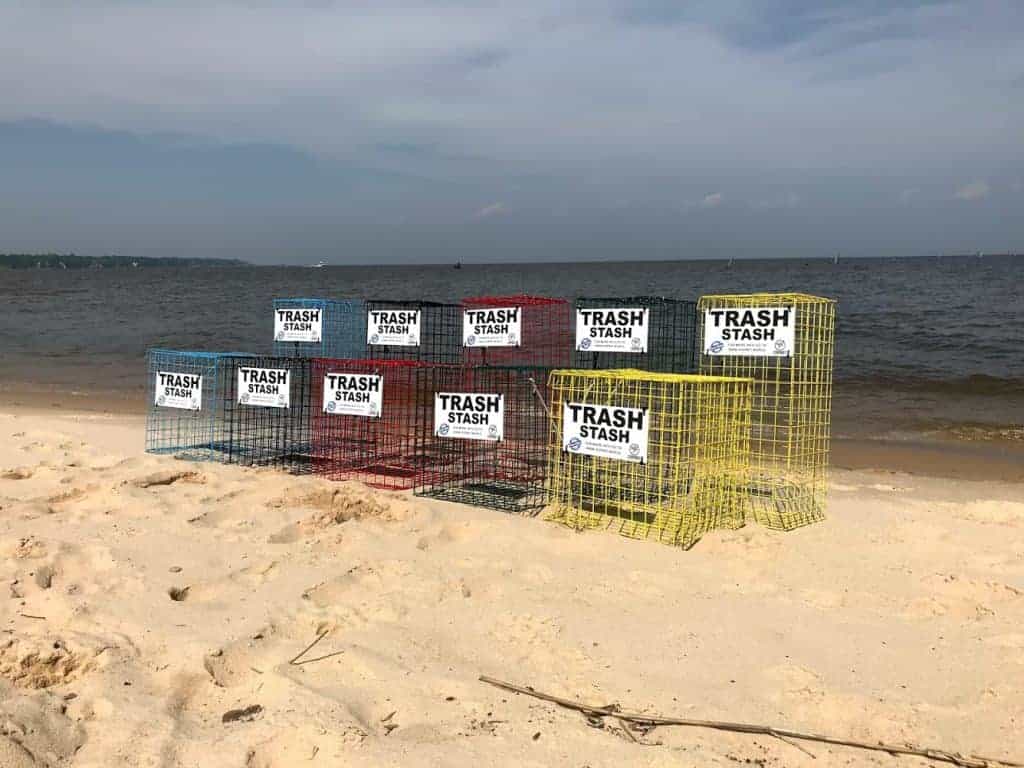 Introducing a new solution to litter on roadways At Osprey Initiative, we’re committed to not only removing litter from our waterways, but also finding sources of litter to develop sustainable solutions. We’re proud to offer the newest solution to preventing trash and debris from making it onto our roads and into nature. Every day, trash […] 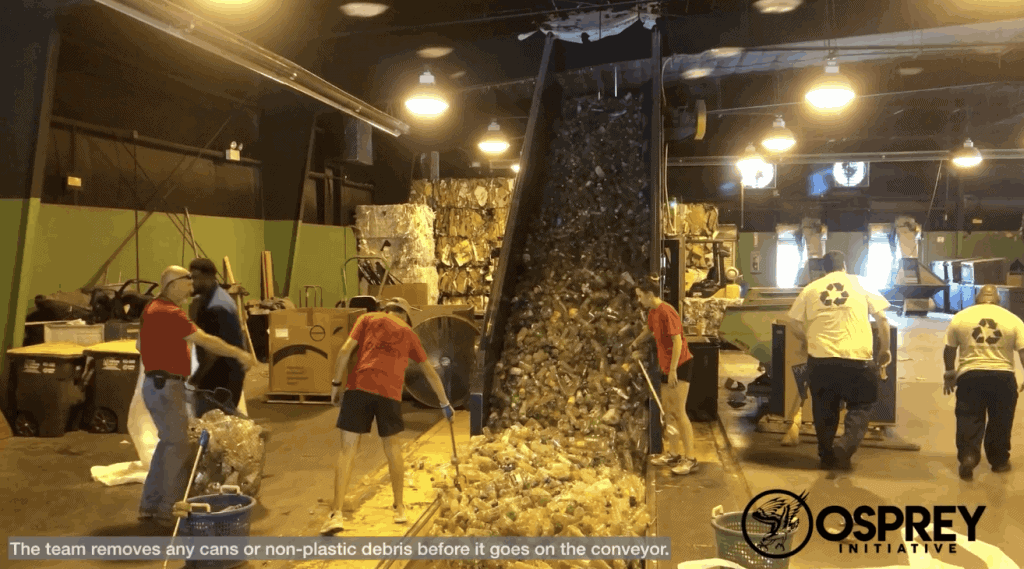 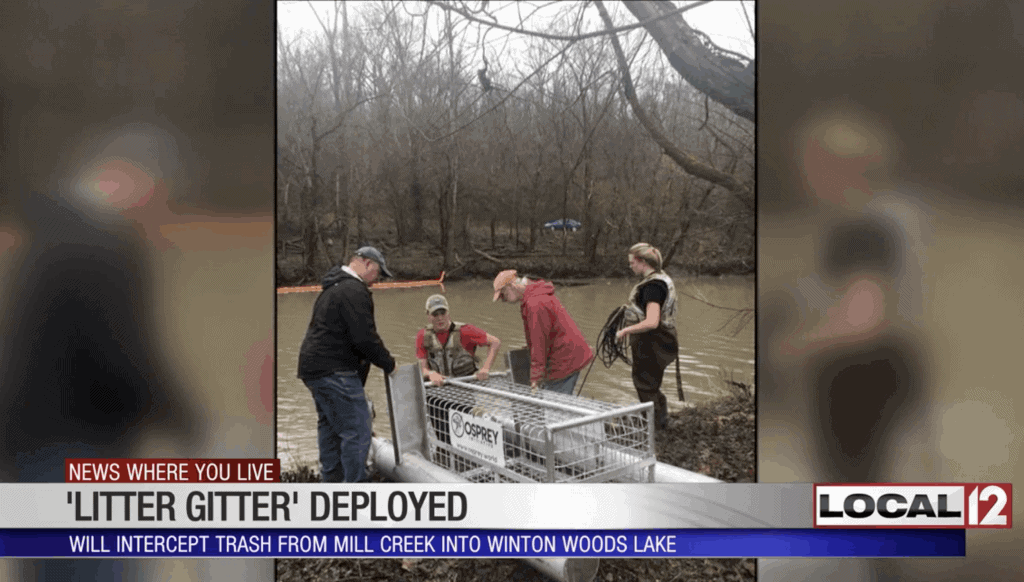 View video story here. SPRINGFIELD TOWNSHIP, Ohio (WKRC) – There is a new way to clean a popular local lake, and it has a pretty catchy name. Crews from Great Parks of Hamilton County and the Mill Creek Alliance installed the Litter Gitter on Winton Woods Lake. It will grab trash from the west fork […] 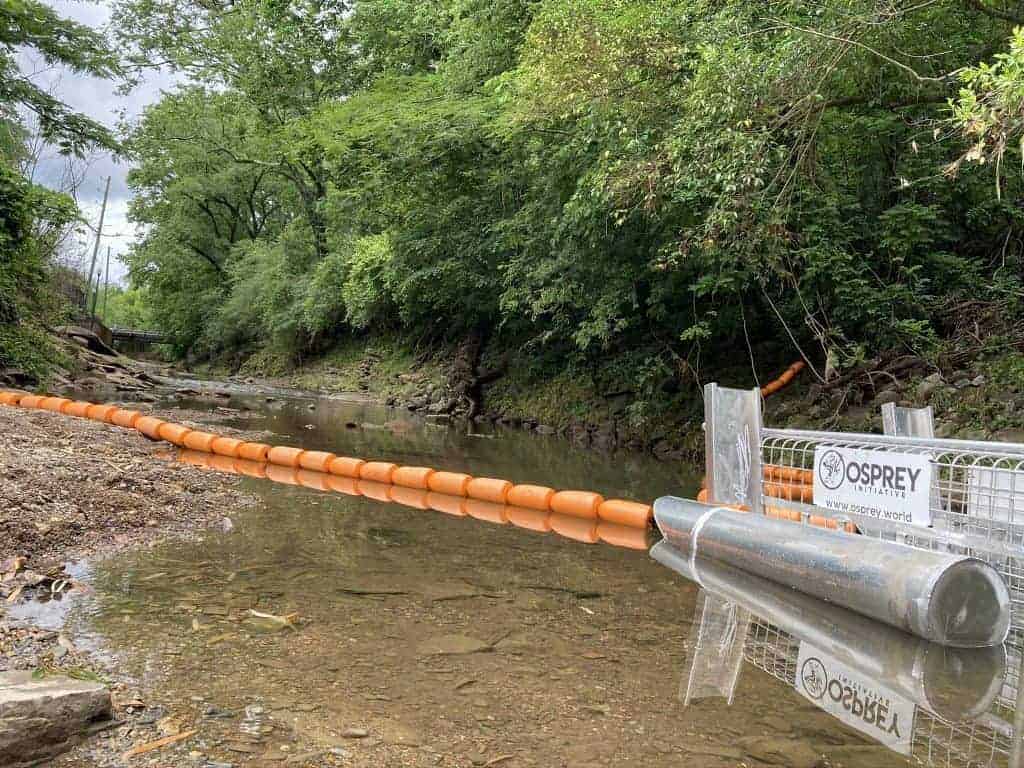 The City of Homewood installed a “litter gitter” device in Griffin Brook today near the intersection of Broadway Street and Redfern Street.   Homewood is working with Osprey Initiative, Freshwater Land Trust, and the Cahaba Riverkeeper to create a plan for cleaner local waterways.   Litter gitters are in-stream trash collection devices used to intercept floating litter from stormwater runoff. In addition to installing and […] 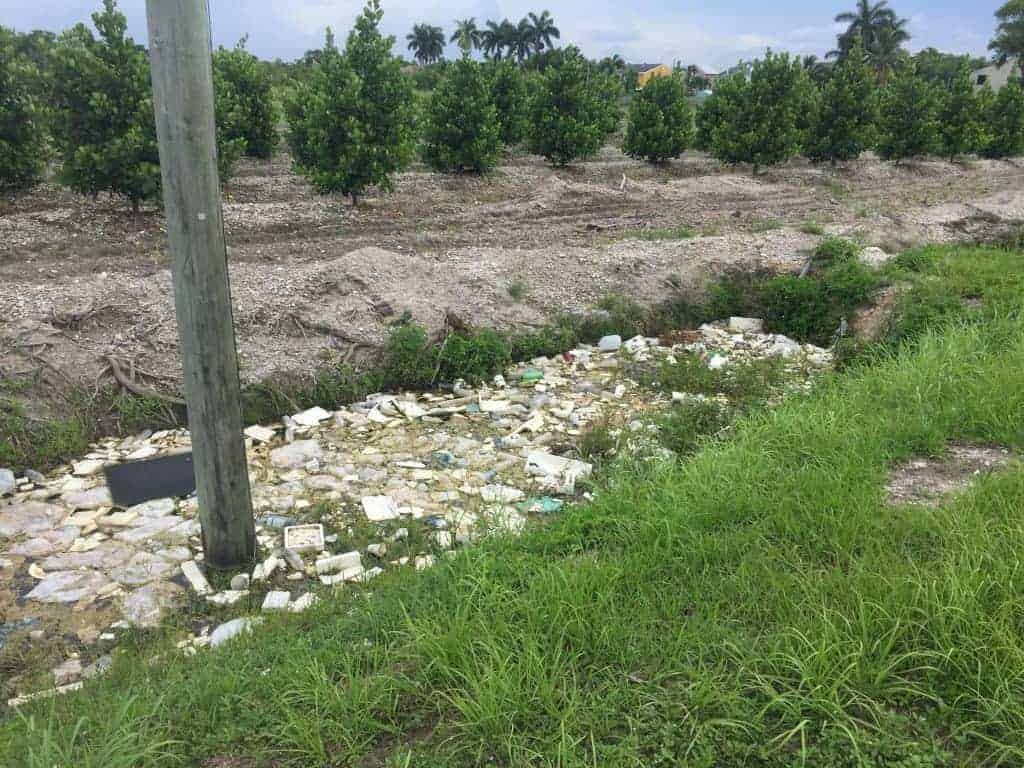 A recent cleanup led by Osprey Initiative’s field operations leader, Sam Eubanks, yielded over 3,000 pounds of trash removed from the Moody Canal drainage ditch in Homestead, Florida. The cleanup took place with two volunteers, once a week, over the course of four weeks and was part of the company’s Give Five program – a […]

Click here to view the video. HOMEWOOD, Ala. —After The Freshwater Land Trust obtained a grant for Homewood to purchase a device called “Litter Gitter” to collect trash in Griffin Creek without disturbing wildlife, the City of Homewood is happy to announce it is active. Watch the video above for information on how it works […] 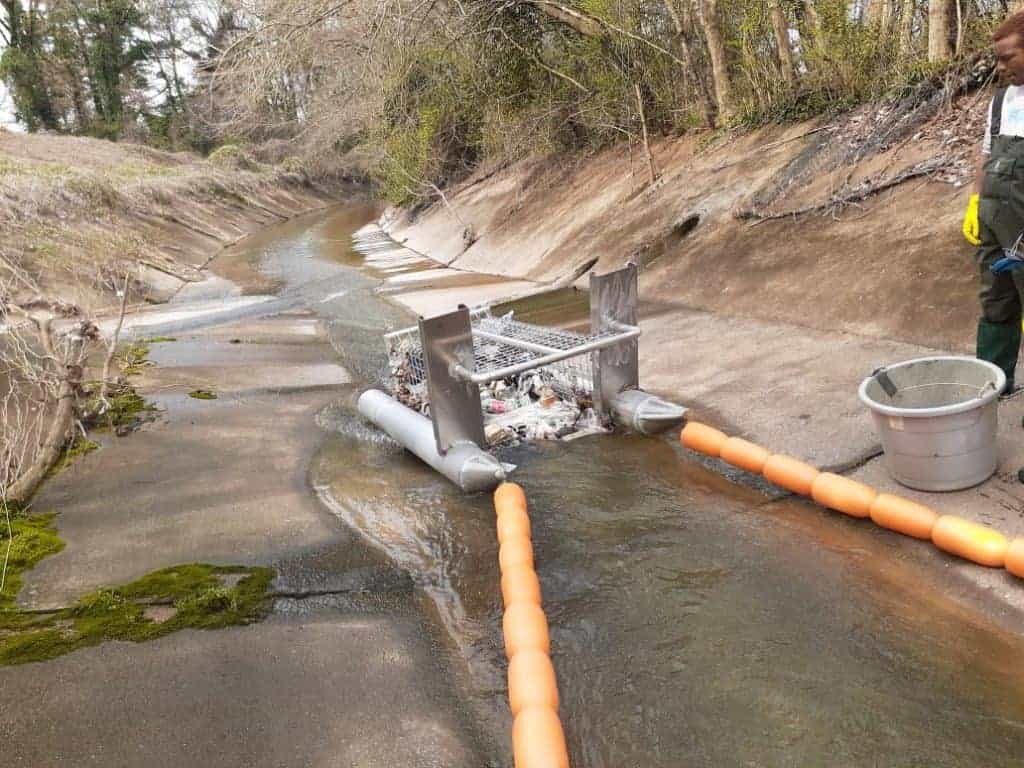 Today, U.S. Environmental Protection Agency (EPA) EPA Administrator Andrew Wheeler continued his swing through Atlanta. He kicked off his day with a visit to EPA’s Region 4 Headquarters, where he spoke to regional employees at an All Hands meeting. During the meeting, he thanked employees for the crucial work they have been doing despite the […] 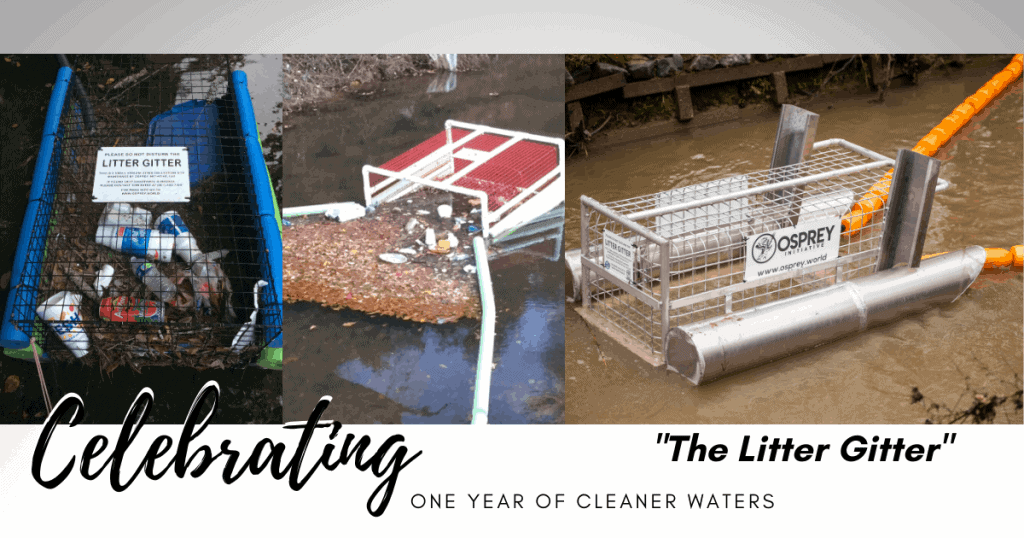 The Litter Gitter is more than a catchy name – it’s a device that’s changing the way we tackle the challenges posed by litter in our waters. When it rains, stormwater runoff flows into drains and pipes that feed into our creeks and lakes, carrying with it litter and other types of pollution that degrade […] 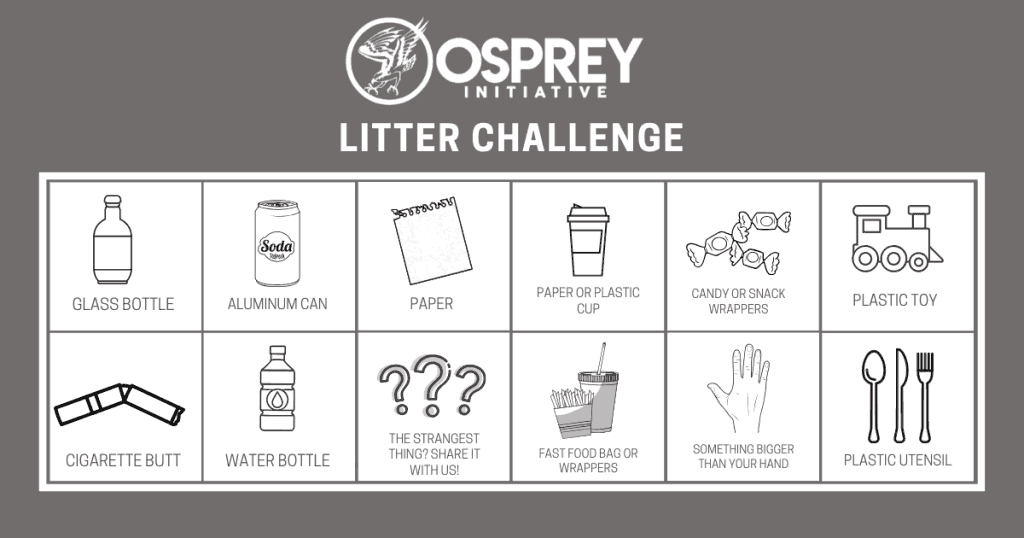 How can you pass the time at home, while still practicing the current social distancing guidelines from the Centers for Disease Control (CDC)? A litter challenge scavenger hunt! Our team members and partners are known for going on litter walks and pickups, so we created this list to make neighborhood walks interactive and help keep […]