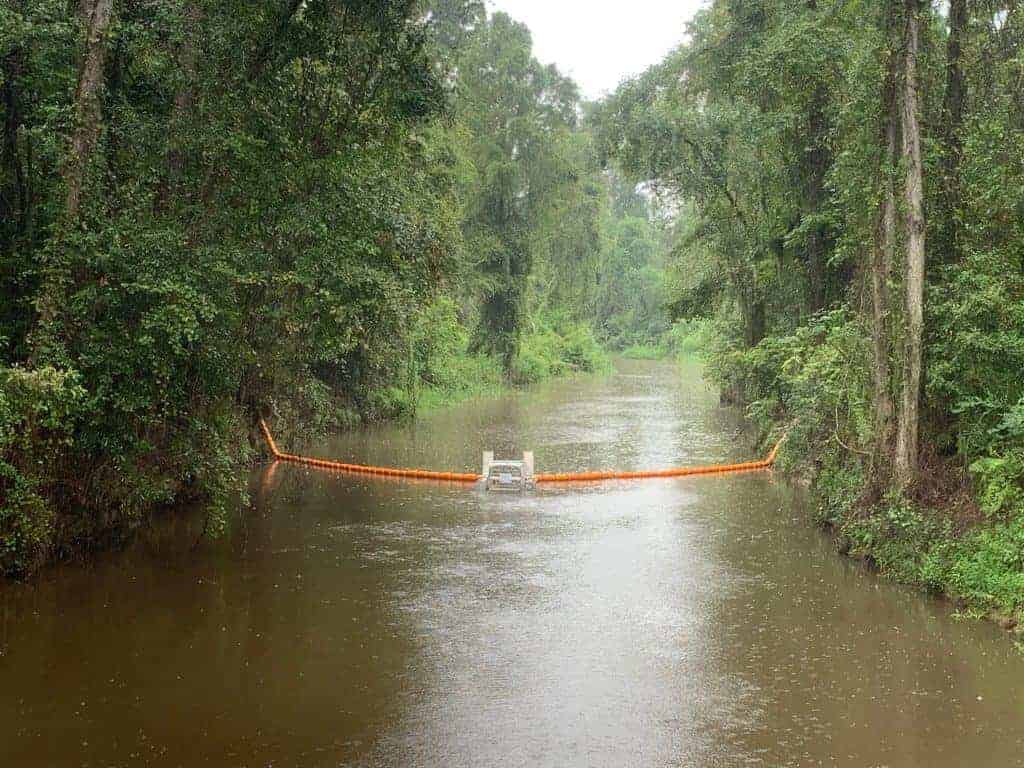 Waterway cleanup has become a focus in Tangipahoa Parish.

Tangipahoa Parish Government installed its second Litter Gitter on Saturday. DSLD sponsored the installation of this device at Selsers Creek, where it will remain for 12 months, catching litter on the creek from all the tribulations from the Hammond Airport flowing south.

“It’s performing really well,” District 10 Tangipahoa Councilwoman Kim Coates said, adding that a few weeks ago 11 bags of trash were picked up from the litter trap after just one high rain event.

“The Litter Gitter works exceptionally well to catch litter in our waterways and having concerned and committed partners helps keep Tangipahoa the best,” Miller said. “We are hopeful for more partners and grants to add to the arsenal of Litter Gitters.”

Coates is working on a grant with Pontchartrain Conservancy to get a third Litter Gitter, which would be installed on Yellow Water River.

“We are discussing and working towards long-term goals,” she said.

Her goal is to have five installed in the parish, including possible locations in the north end to help keep the waterways clean.

Ginger Tastet, executive director of Keep Tangipahoa Beautiful, said the Litter Gitter helps with cleanup efforts like the one this weekend because less trash is in the water and fish cannot eat it, making waterways prettier.

Clearing litter or not littering also impacts culverts and drainage.

The parish has a municipal separate storm sewer system permit called MS4, an environmental permit for DEQ with populations over 10,000, Coates said. Cleaning and educating shows that Tangipahoa Parish is trying to be proactive, she said.

This story first appeared in The Daily Star by Raley Pellittieri. View the original story here.