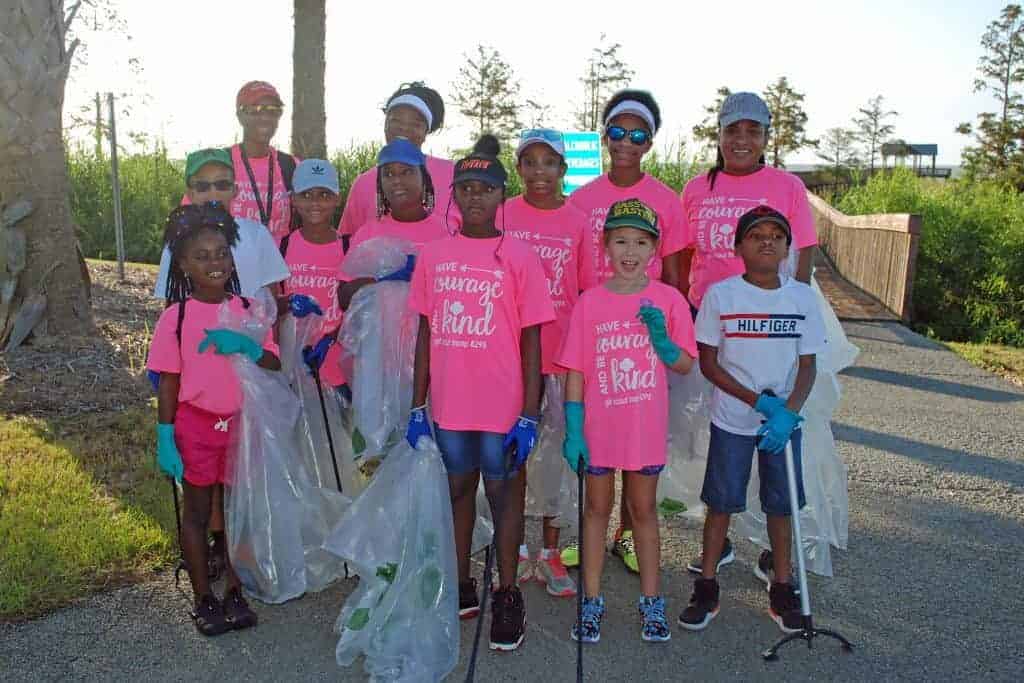 Very few things irritate me more than litter, especially when the litterbugs toss their trash on public land or in public waterways.

The Conservation Enforcement Officers at the Alabama Department of Conservation and Natural Resources (ADCNR) are in a constant battle to deal with litter on public lands and waterways.

Hopefully, a new law sponsored by Rep. Margie Wilcox of Mobile will provide a deterrent for those who toss their trash without regard for the environment or fellow man.

The law, which went into effect this month, increases the fine for the first offense of littering to up to $500. The second offense includes penalties of a fine of up to $1,000 to $3,000 and up to 100 hours of community service picking up litter along the highways or waterways. The law also changes violations from a Class C misdemeanor to a Class B misdemeanor.

The law kicks in additional penalties for certain types of littering from a vehicle or vessel, including tossing cigarette butts, cigars, containers of urine and food containers. Those violations will cost you an additional up to $500.

“The genesis of this is I used to live on Dog River, so I saw first-hand the litter I had to clean up on my own property,” Rep. Wilcox said. “I’ve been a longtime member of the Dog River Clearwater Revival.

“When I read the (previous) law, I felt like the fines for some of these offenses were horribly inadequate. An important thing that came out of my discussions from the public was that they wanted people punished by making them pick up the litter. That was my favorite part of the bill. On the second offense, you have to start picking up litter. It’s great that we have people volunteer for the coastal cleanups, but people need to be picking up their own litter.”

Speaking of the Alabama Coastal Cleanup, which was held last weekend, Angela Underwood of the ADCNR’s State Lands Division said that close to 5,000 showed up to pick up trash along waterways, rivers, lakes, beaches and bays. While most of the work was concentrated in Baldwin and Mobile counties, she said that other volunteer groups picked up trash in the Montgomery and Troy vicinities. Between 30,000 and 40,000 pounds of trash were picked up.

“We always have great support from groups that cover all ages,” Underwood said. “We get a lot of Scout groups, student groups, individuals and corporate and business partners.

“For example, Airbus had supported the cleanup in the past, but they wanted to take on a zone of their own this year. So, we established a new zone in Mobile County where Airbus took the lead. Alabama Power helps us along the Causeway (Battleship Parkway) with their boats. We have great support from the community and within our own agency and division.”

“Those three partners really take the lead on getting volunteers at each site to hand out recycling bags and talk about what can and can’t be recycled,” Underwood said. “Then they sort through the recycling material to make sure the things the volunteers are putting in the bags are what we want and that it’s clean enough to be recycled. Plastics and such, if they’re not relatively clean, can’t be recycled.”

The recycling partners then collect all the potential recyclable material at the end of the day, sort it, and transport the material to the proper recycling facilities.

Speaking of the Litter Gitter, Underwood said one of the sites monitored by the City of Mobile has installed a device to capture litter coming down 3 Mile Creek.

“I talked to one of the people in charge of monitoring that site, and they said that since the Litter Gitter had been installed they are finding less garbage there during Coastal Cleanup,” Underwood said. “From our perspective, it would be better if we had enough outreach to prevent people from littering in the first place.”

Meanwhile, Bates is busy with his company, Osprey Initiative, and updating his Litter Gitter at a new facility in Mobile. Most of the previous Litter Gitters were made of PVC; the new ones are being made of aluminum.

The Fairhope resident, who gave up an executive position with Thompson Engineering to start this venture, said he’s been working as a volunteer for many years to pick up trash, mainly in waterways.

“I grew up in the swamps of south Louisiana. I’ve been playing in ditches my whole life,” Bates said. “I’m really tied to the water. Three years ago, working with the Mobile Bay National Estuary Program (NEP) on a volunteer cleanup on Maple Street in Mobile, I had the idea of a small, tactical trap that you could place where the litter is entering our waterways and collect it closer to the source.”

Bates started working on a prototype with the support of the City of Mobile.

“We put a prototype at the exact spot on Maple Street right before it flows into 1 Mile Creek, and it just worked,” he said. “It was amazing. We had some rain events, and it captured a lot of the litter that would normally have been flushed downstream. I was able to get in there and clean it out before any went into the waterway.

Bates won grants from the Mobile Bay NEP and EPA (Environmental Protection Agency) to install the Litter Gitters at 10 sites in the 3 Mile Creek watershed.

“Our role is to help these areas that are concentrating on restoring their urban waterways,” he said. “These waterways are at your back door and you should be able to enjoy them. We’re playing a role in attacking the litter in those watersheds and promoting their resurgence. I think that’s a critical gap for what we’re doing.”

Bates said his team is working with Dog River Clearwater Revival on a project in Dog River, while four Litter Gitters have been deployed in Decatur, Ala., as well as several in Atlanta. Bates expects Cincinnati and Charlotte, N.C., will be the next to get Litter Gitters.

The first Litter Gitter was basically a wire cylinder, which couldn’t hold up during significant rain events.

Bates reached out to Brunson Net Company in Foley for help, and netting material was incorporated into a PVC frame. The latest Litter Gitter is made of aluminum fabricated by Custom Metal Fabricators on Dauphin Island Parkway.

“We are working out the final details, but a neat thing is we might be able to take the aluminum we’re collecting and get the material recycled into ingots in Robertsdale,” Bates said. “Then there’s a company in Gulfport (Miss.) that will make the ingots into roll aluminum. Then Custom Metal Fabricators will make the traps out of that roll aluminum. Hopefully soon, we’ll be making our devices out of aluminum we’re pulling out of our waterways.”

Bates sure hopes this venture is the wave of the future for mitigation of litter in the environment.

“I sure hope it is,” he said. “I quit my job of 19 years as an executive vice president with Thompson Engineering. It’s a great company. Three years ago, I never intended to leave Thompson. As the Litter Gitter took off, I left Thompson last spring. I still support them, and they support me.

“This project just stirred an entrepreneurial spirit. This gives me the opportunity to live my passion in a different way than Thompson. We’re talking to four or five other states, so the energy is there. I decided to take a shot.”

Bates has six employees in Mobile with a new warehouse facility and actually does more than deploy litter traps.

“I was trained by Thompson to be very adaptable,” he said. “It’s bigger than litter traps. We actually help by assessing where the litter is, developing litter removal plans, and we actually help handle the material after we clean it up. Our plastic from the Alabama Coastal Cleanup will be going to a facility in Atlanta that makes graduation caps and gowns out of recycled plastic.

“We started a little company in south Alabama from a vision that is really getting lot of attention across the country.”