What do our trash traps really trap? 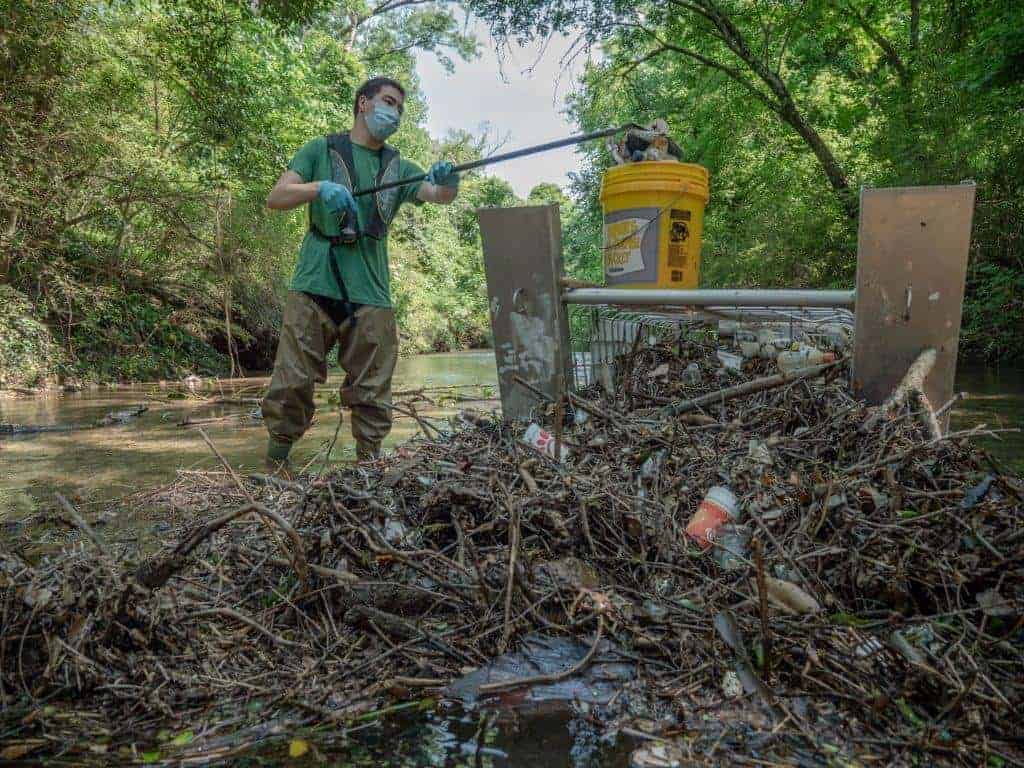 What do our trash traps really trap? Chattahoochee Riverkeeper takes a deep dive into the effectiveness of in-stream Litter Gitters

Nearly everyone that has ventured into our region’s recreational areas has noticed a bit of trash around trails and parking lots; but what many fail to realize is that trash littered on land will inevitably make its way into our storm drains and on toward our rivers and lakes.

Approximately one year ago, Chattahoochee Riverkeeper launched our first in-stream trash collecting device designed to filter and stop garbage from making its way into the Chattahoochee River. Now, our 12-month Litter Gitter Pilot Program has come to an end, and the results may have important implications for our watershed and beyond.

The program, set in West Atlanta’s Proctor Creek, demonstrated the Litter Gitter design’s effectiveness at tackling floating trash. Data generated by the project will provide useful insight into not only what kinds of trash are flowing down Proctor Creek and what specific products the Litter Gitters are catching, but also the successes and challenges of installing trash traps in local waterways. 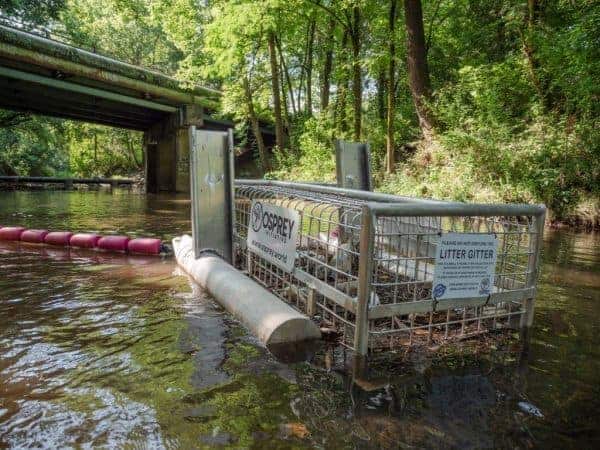 Here is just some of what we learned:

From late-June 2019 to mid-May 2020, the Litter Gitters were able to collect a total of 903.25 pounds of floating trash. Of that, a total of 146.63 pounds were recycled, mostly consisting of plastic bottles and aluminum cans.

The traps collected many objects we typically see floating down the creek: tires, soccer balls, branches, and chip bags, to name a few. During cleanouts, captured organic matter was separated from the landfill and recyclables. Due to economic, logistical, and safety concerns, only type #1 plastic and aluminum products were recycled. By volume, 29% of all collected litter was recycled.

As part of the Litter Gitter cleanouts, staff performed forensic trash analysis using the Escaped Trash Assessment Protocol, or ETAP. Developed by the U.S. Environmental Protection Agency, ETAP is a method for cataloging litter from a plethora of sources that has found its way into the environment. As part of the ETAP analysis, litter was divided into material categories such as plastic, paper, metal, etc.

The five most frequently found items were: plastic beverage bottles, water bottles, plastic bags, Styrofoam pieces, and Styrofoam cups. Single-use plastics made up 82% of found trash, which is consistent with what is typically found at other stream and beach cleanups. Glass made up 1%, metal, 6%, paper, 2%, and 9% of litter was categorized as “other.” The “other” category includes bulky or hard-to-categorize items such as automotive parts, sports equipment, and tobacco products.

Litter was not only categorized by its material composition, but by its brand markings as well. The brands most associated with the collected litter are not surprising – products from popular local food and drink suppliers were represented in the ETAP results, namely, Coca-Cola, Pepsi, McDonalds, Popeye’s, American Deli, and Chick-fil-A.

In the future, brand identification could prove a useful tool in developing strategies to reduce litter pollution at its source. For example, if a large amount of litter was collected in the weeks following a music festival, trash trap operators could request that festival planners add additional litter receptacles. A restaurant whose takeout containers end up in a nearby waterway could be persuaded to switch to biodegradable containers.

While land-based cleanups are helpful when aiming to prevent trash from entering our waterways, an advantage of Litter Gitters is that they remove trash that is already there. Tien Yee, Assistant Chair of the Department of Civil & Environmental Engineering at Kennesaw State University, believes such projects can have massive downstream impacts. “An ounce of plastic removal now may equate to tremendous effort and dollars to remediate microplastics and its byproduct after degradation,” he says, “not to mention the potential healthcare cost and issues associated with the ingestion of the byproduct chemicals.”

We see significant value in not only physically stopping the trash before it enters the river, but also in studying the litter’s composition. Little research has been done into plastic-polluted tributaries. It is CRK’s hope that in taking a closer look at litter pollution in our watershed, everyone can be inspired to make a change and help us keep watch over this crucial liquid lifeline.

Help rid the river of trash firsthand at our annual watershed-wide trash cleanup. Read the full report on the first year of our trash trap program here. 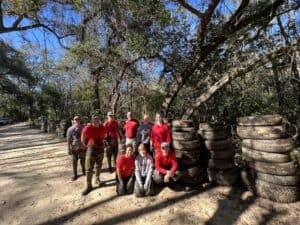 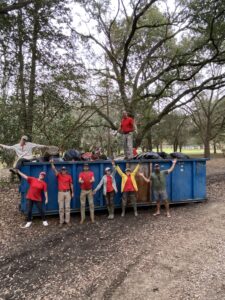