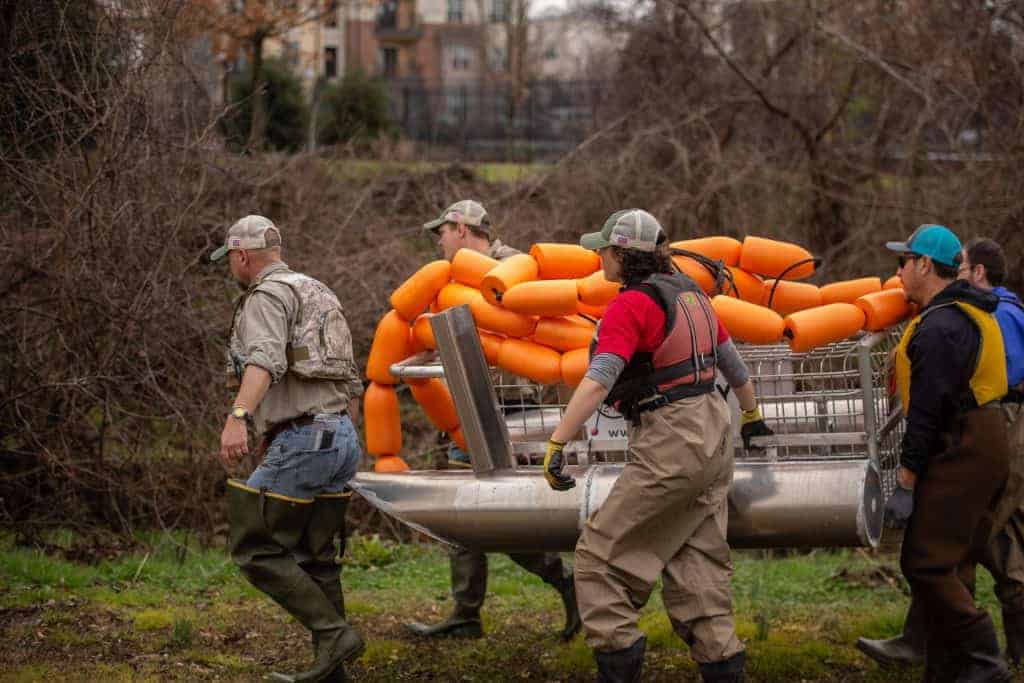 CHARLOTTE, N.C. — A new device is helping get trash out of waterways in Charlotte.

Wayne Moyers with the Catawba Riverkeeper Foundation is contracted with the Osprey Initiative to help clean up the trash. He explained what he found.

“A whole bunch of snack bags coming out and then other regular bags that we are not going to explore,” Moyers said. “We don’t see this everyday, so we don’t realize what is happening to our trash and where it is going.”

This trash continues to flow from creeks to rivers and eventually to the ocean. The Environmental Protection Agency, EPA, estimates 80 percent of ocean debris is from streams and rivers. It’s why the City of Charlotte is excited to have new devices called “Litter Gitters.”

“Anything that is floating on top of the water here will get caught by these buoys, and those help push it all the way into the mouth of the gitter here,” Moyers said.

The non-profit Envision Charlotte is helping monitor and manage these Litter Gitters. Executive Director Amy Aussieker says the devices were installed on three streams around Charlotte earlier this week. The trash is collected and then analyzed.

“For example, let’s say you see styrofoam cups with a certain gas station logo, and a ton of those cups are getting into the water,” Aussieker said. “That might indicate you need a receptacle at that gas station to prevent more of the trash from coming in.”

The hope is to not just collect the trash, but prevent it from getting there in the first place.

Coca-Cola Consolidated paid for all three Litter Gitters in Charlotte and an entire year of maintenance.